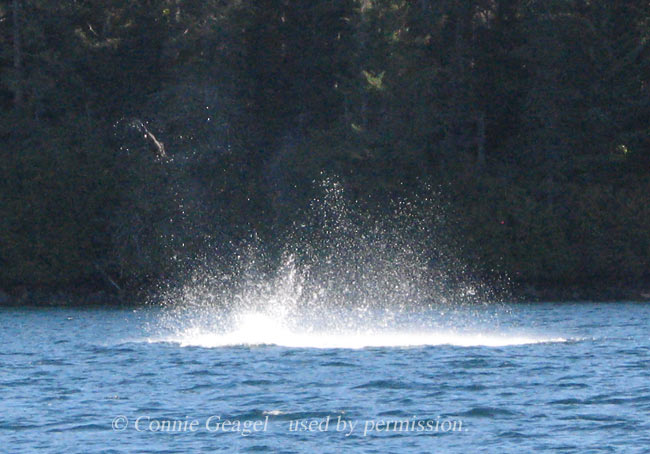 Here’s an interesting thought; there’s been a lot of discussion in Alaska on wolf and other wildlife management, particularly ‘predator management’ (aren’t ALL animals not predators of some creatures, and prey of others?), and this raises the issue of orcas (Orcinus orca) and northern sea otters (Enhydra lutris kenyoni). In more recent times, for various reasons, it appears that orcas have begun preying more heavily on northern sea otters in the Southwestern part of the otters’ range – South Central Alaska out across the Aleutian Islands. Orcas, “Wolves of the Sea”, appear to be extirpating the sea otter within this Distinct Population Segment (DPS), and this sea otter DPS is now listed as threatened on the Endangered Species Act. So, what of it? Should the ‘wildlife authorities’ fire up the choppers, Cessnas and Supercubs, hire a sniper or 2, and begin an aerial ‘predator control’ program? END_OF_DOCUMENT_TOKEN_TO_BE_REPLACED 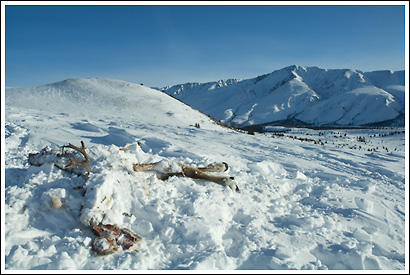 I was really, really hoping to get some wolf photos on this last trip. Just one would’ve been fine. Wolves aren’t as common in the southern reaches of the park, though they’re certainly around, so I was hoping to get lucky enough to maybe see, perchance to photograph, one on the north side of the park. The habitat on the south side isn’t (generally) as wolf friendly – more heavily forested, and lots of alpine mountain country, snow and ice.

Dall sheep and moose are the main prey for wolves in that part of the park, and though there are a lot of sheep, the numbers are smaller than the herds of caribou that wander through the north part of the park in the fall and late winter/early spring. END_OF_DOCUMENT_TOKEN_TO_BE_REPLACED