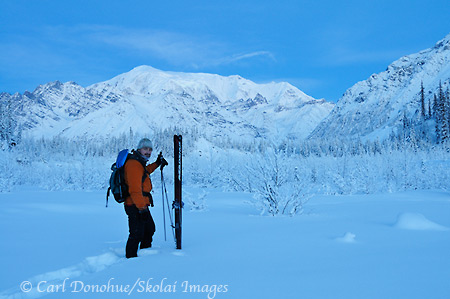 The next of the monthly series for 2011. The biggest news, of course, in photography this month was the Oscars. I, of course,  missed them. Again. Ahh well – there goes pop culture, I spose.

The next biggest piece of news is that I’ve been spending quite a bit of time out of town, tooling around in Wrangell-St. Elias National Park, enjoying the mountains. A few days here, a  few days there; beats the heck out of navigating the treacherous icy roads of Anchorage. And much more interesting than reading the news. 🙂

Below is what caught my eye this month. I’ve been in the mtns a bit, so might have missed some good stuff. Feel free to add your own stuff of note.

In no particular order:

Canon 200-400mm lens. One lens all my friends who shoot Canon gear have been lusting over for a long time, finally announced. A 200-400mm F4 lens – “Designed for Canon’s leading range of EOS Digital SLR cameras, the new lens will be an ideal addition for sports and wildlife photographers, offering exceptional flexibility with a built-in 1.4x extender that creates an increased focal range of 280 – 560mm.”. Have at it, folks, I’m sure this will be a popular piece of gear.

Extinct Species Photos. New York Times does a short slide show; “A Gallery of Species Lost and on the Brink”

Amazing Mountain Lions. How many wildlife photographers would love an image of a mountain lion? how about a photo with 8 mountain lions in it. All wild. Check this out.

Quote #1: “In the tension between light and dark is the power of the universes”. Peter Matthiessen, The Snow Leopard.

Most Surprising Photos of 2010. TIME Magazine displays a great Photo Essay, 21 photos from 2010. Some great stuff. #5 will blow your mind. Yikes! #13 is pretty amazing as well.

Greater Yellowstone Ecosystem A Photo Essay. – “a generally intact ecosystem; all the wild critters that were here a couple of centuries ago when Lewis and Clark passed through the Northern Rockies – wolves, grizzly bears, bison – are still here.” Dave Showalter has some nice stuff here, on the NRDC’s website. Good work.

American Pastoral. This is a must read. Mark Meyer, Alaska photographer, has an excellent piece here on a recently proposed bill in Florida by Florida Senator Jim Norman (R-Tampa) – the bill “would make it a first degree felony in the Sunshine State to make visual depictions of any property without written permission where agriculture operations are being conducted. Other first degree felonies in Florida are murder, rape, kidnapping, sexual battery, and child molestation. Burglary of an unoccupied structure and third degree grand theft are only third degree felonies.”

Aurora webcam. A webcam showing auroras. Useful tool for folks wanting to go out and maybe see or shoot the lights.

Gave Our Kodachrome Away. Nothing lasts forever, not even those “nice bright colors”. Seems Dec 30 was the end of the line for this photography classic. There’s not a single place left to process Kodachrome film. “On Dec 30, 2010, Dwayne’s Photo in Parsons, Kan. will stop processing Kodachrome”. I know, I know, it’s now March. So what? 🙂

Artists and Alchemists. Speaking of film, here’s a film about film. Seems a little over the top to me, from the trailer here, but I know some folks will be keen to see this film. “In this digital age, a growing number of artists are reviving 19th century techniques to create modern photographs. Artists & Alchemists is a feature length documentary that follows ten contemporary and renowned photographers employing antiquated photographic processes.”

Photo Tips. Bret Edge puts a nice post on his blog with some helpful reminders to improve our photos. Excellent advice. Nice discussion follows the blog. Sweep the edges of the frame!

Customizing Facebook Pages. This guy did it. Nice job, too. Photoshelter blog present Nathan Armes’ work on customizing his facebook page. Will be interesting to see if this catches on. Here’s Nathan’s Facebook page.

Gmail users Some helpful hacks and tips to make gmail even more user-friendly. Gmail is the bomb. With these tips and tricks, gmail rocks even harder. For example, a link to the official gmail keyboard shortcuts page. eg. Click ‘J’ to open or move your cursor to the next oldest conversation.

Canabis and Psychosis. Scientific America publish an article about an upcoming paper; “This particular study found that marijuana use is associated with early development of psychosis.” Put the pipe down, kids.

Free Hugs. This is pretty cool; a moving video of people offering “Free hugs” around the world. Seriously folks –  Watch this clip. 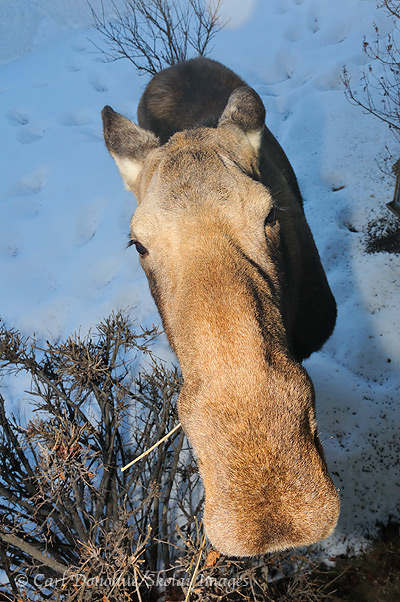 A cow moose, Alces alces, stands outside a house, Anchorage, Alaska, winter. I shot this leaning out the window, with a 12-24mm lens. That’s up close to a moose.

That’s the news from here til next month. If you have any items you’d like to add below, please do so. The only qualifiers are that you must have actually read the article/watched the video/browsed the photo/s, AND thought the link actually worthwhile sharing. Put everything else on Twitter. 🙂