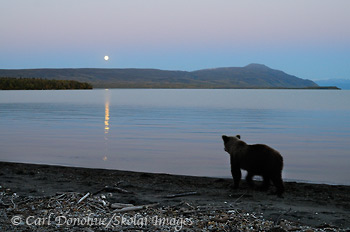 My favorite photo trip this year was undoubtedly the Grizzlies in the Fall Photo Tour. That being the case, I’ve selected my “photos of the year” from that trip. 2 great weeks of grand grizzly bears in Katmai National Park and Preserve, amidst the beauty of fall in Alaska. Unbeatable!

Jim Goldstein hosts an amazing “photos of the year” page on his blog every January. Check it out to see an amazing array of photographers and photography. When he posts it up, I’ll edit this post to include a link to that page. Should be up around January 10th or so.

So below is my presentation of 16 photos from the Photo Tour, one for each day I spent at Katmai National Park and Preserve. It’s really more of an ‘overview‘ than a selection of ‘favorites‘, a compilation rather than a ‘Greatest Hits‘ selection. Hope you like the presentation.

“Bears are not companions of men, but children of God, and His charity is broad enough for both… We seek to establish a narrow line between ourselves and the feathery zeros we dare to call angels, but ask a partition barrier of infinite width to show the rest of creation its proper place. Yet bears are made of the same dust as we, and breathe the same winds and drink of the same waters. A bears days are warmed by the same sun, his dwellings are overdomed by the same blue sky, and his life turns and ebbs with heart-pulsings like ours and was poured from the same fountain…..” – John Muir 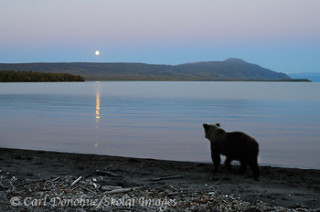 Click here for more information on this photo tour.