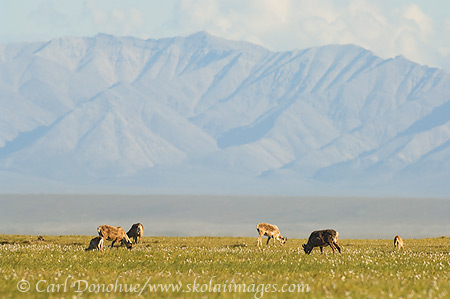 Recently I read a photographer ask the following question:

Now I know that blogging gets your profile closer to the top of the heap and web traffic will probably go up. The question is have any of you actually seen a raise in the amount of sales as a result? Is it all worth the amount of time that it takes to do all this stuff?

Now, I hope the photographer doesn’t mind me mentioning his name, but I only do so because this guy is a total BAD-ASS. Readers, meet Mr Adam Gibbs. Adam is an amazing photographer, and I don’t mean ‘amazing’ like ‘oh yeah, cool’ – I mean like his images are simply gorgeous. If this photo doesn’t make you cry, you’re computer is broke. If this photo doesn’t move you, it’s time for you to retire from your position as CEO of Exxon-Mobil, Mr Tillerson.

Anyway, the discussion that ensued revolved, as suspected, around blogging, facebooking, tweeting, etc, etc. Is it “worth it”?

For example – one photographer I know of (who IN MY OPINION could only generously be called a ‘below average’ photographer, and then by his mother) has over 60 000 followers on his Twitter list. Any which way you cut it, that’s a lot of people. If half of them are nothing more than Spam accounts, that still leaves 30 THOUSAND people who get those daily tweets. A ratio of only one in one thousand still could garner 30 sales, for workshops, prints, whatever. That’s 30 more than I’ve made so far today (I’ve had 2 more cups of coffee than I’ve had photo sales today). 🙂 I would say for that photographer, it’s clearly “worth it” (and maybe I need some more coffee).

Facebook can be useful to help build sales and encourage workshops, but so is attending local camera clubs and doing presentations, talks, etc. Calling photo editors and sending out DVDs to Alamy can help drive stock sales too. Signing on with a stock photo agency can help too. Which tool works best for you is something YOU probably know best about.

At the same time, I think some things becomes a norm, and it’s hard to deny them. Blogs are quickly becoming just that, and it’s probably wise for any photographer to have something in that form. 10 years ago just having a website was the subject .. and many folks had the same discussions we’re having now about blogs and facebooks, etc. These things are fluid and change over time.

Maybe a few years from now Facebook will implode and a new form of spreading the word about how awesome you are will be all the rage. Whether or not that format works for you is really the question.

One or 2 years ago a friend of mine ran a small ad in the back of a major Outdoor photography magazine for his workshops, for 3 consecutive months. It cost $1800, and he made ONE sale, nearly a year later. Was it worth it for him?

To be honest, I kinda feel the question of “is it worth it” is the wrong question. It reduces everything merely to dollars. Sure, we’re in business and that involves in dollars, but it involves many things, particularly when it involves an artform. Perhaps if we we making widgets, that reduction is valid. But as artists, the question ought go further than mere dollars, even as next month’s rent approaches.

Do you enjoy it? Do you want to do it? Those are relevant questions, and for me, the answer is, on the whole, yes, in moderation. I don’t want to be a slave to the process, and I don’t mind slowing down blog posts, or making a few off-the-cuff, nonsensical posts on facebook that aren’t at all intended to generate income; they maybe make a few of my friends grin and think ‘Yep, that’s Carl’. I don’t mind not tweeting all day long, or not posting a Follow Friday list, and that’s fine.

Lastly, remember your blog doesn’t need to be my blog, or anyone else’s blog. you don’t need to post every day because so-and-so does it, nor should you only post once a month because that’s how so-and-so’s sister does it. Your posts don’t need to be  as deep and meaningful as your neighbors, nor they do need to be as random and silly as your teenage niece’s might be. The real beauty of this stuff is that there really are no rules. just like your photography – shoot your passion.

Find what works for you, and enjoy that; for me, that means in about 25 minutes I’ll be skiing. Tweet that.